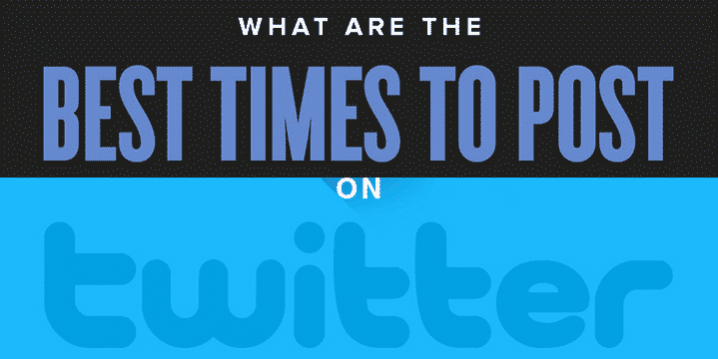 If you have been using Twitter actively as a part of your marketing strategy you likely know that Twitter has recently come up with some significant algorithm changes. Therefore, you may want to do things a little differently, including how often you should be posting on your account.

Let’s cut right to the chase and discuss the factors worth considering when figuring out an ideal posting frequency.

The primary area of Twitter’s algorithm is called the “Top Tweets” feed. Top Tweets are chosen according to Twitter “based on accounts you interact with most, Tweets you engage with, and much more.”

Users are only able to speculate what “much more” means. Every algorithm has its secret formula. Here is what we do know about Twitter sharing its ranking signals:

Focus on Your Audience

We know it might not sound anything groundbreaking that you might have expected after our in-depth insight on the algorithm changes above, but your audience is always going to be the cornerstone of your Twitter marketing strategy.

Users in some niches can digest a lot more content than the others. If you’re in one of such niches, you may want to start posting more often and see where that gets you. You will obviously have to find this out for yourself by analyzing your competitors’ posting frequency and engagement as well as your experience.

However, if you have noticed a drop in the overall engagement every time you tried to post more often than a limit, you may want to stay under that limit.

If there’s one thing we can tell for sure with respect to the ideal posting frequency, then it would be that you shouldn’t post more often than what you can consistently maintain. If you start posting three to four times a day, only to end up posting only a few days a week shortly after, it may affect your overall engagement more negatively than you may think.

That said, there can be some exceptions to this rule. One of the common exceptions is when you’re running a major promotion or have launched a new product. During such times, you can post more often than usual and then go back to your normal posting frequency once the promotion has ended.

However, the catch here is that the increase in frequency must be coupled with a healthy engagement. If you’re having a much lower engagement on the “extra” posts you make during this period, you may want to reconsider your content strategy or post less often.

If you came here looking for a number that you can use for references or as a guide, then you will not be leaving disappointed. Union Metrics did a detailed study on the posting frequency of Twitter brands, and determined that on an average, brands post 1.5 times a day.

This may not only turn out to be a good posting frequency for most businesses or brands, but also something that will be easy to maintain over a long period of time. Hence, you would be able to be consistent with your posting schedule, something that’s crucial for your overall engagement as we discussed above.

How Does Pinterest Help With Marketing Your Business?
December 10, 2019

Should Your Business Be On Every Social Media Platform?
December 4, 2019